For those that of you that didn’t get a chance to read Series 1: Part One last week can catch-up quickly by reading our NFC is Here-But Who Wins? post from last week. To begin right where I left off NFC has a long way to go before it’s integrated into enough phones and enough consumer lifestyles to label it the game changer. However,  it’s by far the fastest growing technology in the world- showing a 5X increase in US availability since the end of Q1 ’12.  With Apple’s lack of participation in the NFC experience to date –industry insiders are now under the emerging opinion that just as NFC needs iPhone- iPhone now needs NFC in order to tie in to the financial ecosystem fast on the come.   It is my opinion that iPhone 6 will have NFC and the entire world as we know it will change. OK…the entire NFC world, that is. The POST-Apple Factor When Apple includes…here’s what I see happening. NFC becomes tech du jour overnight and every developer in the world will start designing fun little ways to make their current apps more easily accessible to the information we see every day. Downloading of apps will not suffer- on the contrary- a simple touch will make it possible to download rather than clicking, adding links, visiting web sites on a PC or even the ridiculous request to download an app to download an app. PR will explode as talks of iTunes ending as we know it will be the talk of mobile as Apple scurries to find ways to integrate one mobile payment system with a much larger, world-wide one in the marking. In short…everything and anything NFC will be in vogue. Chip Prices Apple’s movement into the NFC game will do another very important and potentially more relevant thing for the print publishing sector. It could immediately force the lowering of NFC chip prices to the sub $0.10 level. Some even think it will drop them to $0.05 because of the fear that significant NFC device enablement will create lots of phones with nothing to touch. Not a good scenario.  With a lower price point, comes the potential to change the printing infrastructure.  I can even imagine a day where NFC tags are more easily integrated onto the printed page and who knows…perhaps having the chip engrained into the page or even the print copy itself.  R&D is needed but unlikely until costs and device penetration are more in line with other available technologies…namely QR. 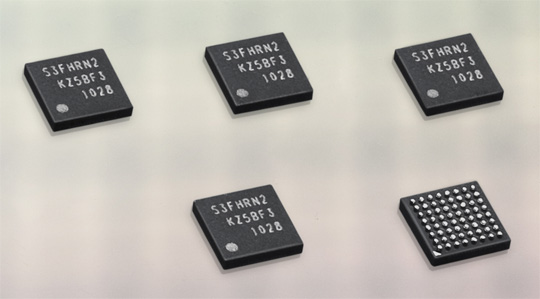 So, Who Wins in the Short and Long Term? Well, frankly - the losers are easier to determine than the winners. Single plays that rely on a platform that anyone can create are dead before they even get started. New NFC platform plays will suffer most because they lack any current client base and therefore, have no revenue stream to rely on to preserve the true core of their existence…NFC. In short, they won’t have the means to bridge the gap between today and device ubiquity. Any effort to close clients will suffer because in reality, 70-90% of response will come from QR, accompanying the NFC code. The Winner In my opinion, the strongest players are here now. The on-ramp agnostic plays will benefit most because they rely on technology that already exists and enjoying success. This is where Scanbuy is so perfectly positioned—enjoying device and mindshare ubiquity with QR Codes and emerging as the best player of all games, specializing as a thought-leader and advising as NFC emerges. Once that happens, Scanbuy easily pivots to the winner…shifting forward or even retracting to the tried and true should the new technology fail. The key is offering NFC as a solution among many solutions…to be all for technologies for all companies- advising on what’s ideal, positioning as an expert in a field without any. This, in short is the secret sauce and why the stand-alones can't win without and will be hard-pressed to do so even with Apple's engagement. The key to success is managing the transition and Scanbuy is ideally positioned to do so...transitioning clients when possible and most importantly, when the situation warrants it; readying clients for new opportunities when they emerge in full.
Features , Research , Trends
Share this article
Read previous Read next